Heat Gun Reviews: Which is the Best Heat Gun in the UK?

​Heat guns, or hot air guns as they are also known, are not the first power tools that come to mind when talking about DIY or the building trade but they can play significant roles in certain DIY situations and professional building jobs. Heat guns are essentially electrically-powered versions of the familiar propane or butane blowlamp or blowtorch, but unlike blowlamps, there is no naked flame making heat guns safer to use as well as easier to switch on and off. In this review of hot air guns, we first look at what makes a heat gun tick and the characteristics that should be assessed when looking to purchase one. Following this, we then examine the actual heat guns available on the UK market that are popular with consumers.

​Heat guns are mostly simple machines that operate on the same principle as hair dryers (although they should never be used as such!). They consist of an electric motor and fan that sucks air into the back of the machine where the air is heated by a heating element before being expelled out the front of the heat gun. Like a hair dryer, the fan speed and the rate at which hot air is expelled can usually be controlled for different applications, and so too can the hot air temperature at the nozzle so that an optimal temperature range can be used for different tasks. The nozzles on the device can also usually be changed to different form factors so that they can direct the airflow optimally for different applications. Unlike a hair dryer however, the hot air temperatures produced by the heat gun are much higher than the personal drying accessory.

What DIY applications can a hot air gun be used for?

Heat guns can be used for a range of different DIY tasks including:

One of the major roles of a heat gun is in paint stripping as the hot air softens old paint and varnish allowing it to be stripped using a paint stripping hand tool. Maximum airflow speed and the highest temperature settings are usually required for this. The same is true of other heat-labile adhesives which can be removed in the same way. However, caution has to be exercised here as some paints or adhesives can produce toxic chemicals if overheated. A good example of this are old lead-bearing paints, which can damage the nervous system of humans and other animals if inhaled or ingested, and should not be removed using a heat gun.

Like hair dryers, hot air guns can be used to dry out certain materials like damp wood. However, one has to be careful not to scorch the surface, and the heat gun should never be used on any surface that is heat-sensitive.

Hot air guns can also be used for welding and soldering pipes used in plumbing, especially in situations where a naked flame might not be appropriate.

Heating up 'frozen' (as in stuck) fasteners like nuts, bolts and screws can significantly aid in their freeing up and the heat gun is usually ideal for this task.

Heat guns can present as an efficient way to thaw pipes that have accidentally become frozen during winter. The correct heat-distributing nozzle for pipes should be used here.

What to look for in a Heat Gun

Now that we have a good idea of how a heat gun works and what it can be used for, let's take a look at what technical specifications are found on today’s crop of heat guns.

Heat guns are usually mains electricity-powered and usually have a power rating of 1500W or more. In general, the higher the power of the heat gun, the quicker the machine can reach the desired temperature. This is especially important when working with the very high temperatures needed for certain tasks such as paint stripping.

The temperature at the nozzle can usually be controlled so that the heat gun can be used for a number of different applications, each of which requiring different levels of heat to get optimal results. When choosing a hot air gun, one should aim for the greatest level of control over these heat settings so that the most versatile machine is obtained. Some typical nozzle temperature settings and their applications are as follows:

Hot air guns also often provide the user with control over hot airflow, which goes hand-in-hand with nozzle temperature. The greater the airflow, the faster the heat is applied to the area being targeted, which means that results will likely be obtained faster than at lower airflow speeds.

Heat guns can often use a range of different nozzles to direct the airflow optimally for different applications, so choosing a heat gun that comes with as wide a range of nozzles included should be the objective here. Common nozzle types include:

Since heat guns are fire safety hazards when operating, they should have, as part of their design, a thermal cut-out mechanism that switches off power to the tool if it detects that it is overheating. Overheating can occur if a fault develops in the tool or if the rear air intake or the front air outlet is blocked. Fortunately, all reputable brands of heat gun will have this safety mechanism incorporated into their devices.

As is recommended for most power tools, having a bespoke carry case for the heat gun is always a bonus, as it makes it easy to protect it during storage and transportation. A good carry case should also be expected to hold a selection of nozzles used by the device.

Popular Heat Guns in the UK 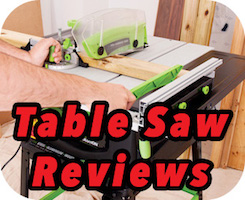 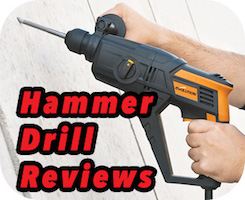 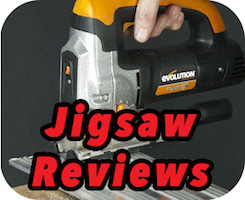 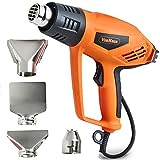 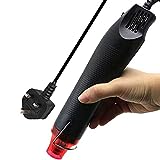 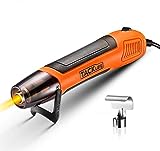 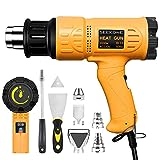 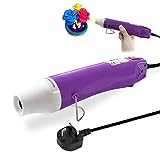 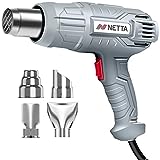 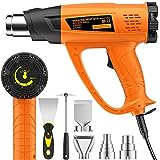